A rough estimate suggests that more than 20 percent of patients examined by ENT doctors in Jaipur suffer from a disorder called Obstructive Sleep Apnea (OSA) increasing multi-field the risk of heart attacks and brain stroke said by Dr. Rishabh jain .
These are the estimated number of cases that are diagnosed. A large number of casesgo undiagnosed as not much attention is paid by the patients. Dr Jain said on the sidelines of a workshop on OSA attended by over 50 doctors from different part of country here on Siddham ENT Centre.
Dr Jain said OSA disorder in which a person stops breathing during night during night perhaps hundreds of times. These gaps in breathing are called APNEAS
The disorder occurs when tissues in upper throat collapse at different level during sleep, there by blocking the passage the air. This results into snoring, repeated choking sensation during night, excessive day time sleepiness, dryness of throat, “he said
It leads to risk for heart attack, high blood pressure, brain stroke, neuropsychosis and sudden death. This also cause poor work performance, irritability and increase risk of accidents while driving, Dr. Jain said
Prevalence of OSA, In India is 18% and out of which only 3% visit to their doctors with the symptom. Also the incidence is 3 fold higher in men as compared to female. A pre operative investigation called DISE is extremely effective. 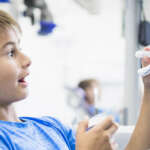